A bill to tackle environmental priorities is to be published by the government later.

Environmentalists have welcomed several of the proposals, especially on restoring nature.

But they say on other green issues ministers are going backwards – and they’re anxious to see details of the new policies.

Under EU rules, for instance, the government has faced heavy fines for failing to meet air quality standards.

With Brexit set to remove the stick of these rules, an independent watchdog, the Office for Environmental Protection, is being created to hold the government to account.

Ministers say the watchdog won’t be able to fine the government if it fails to uphold its commitments – but will ensure it is held to account, with the ability to stop projects and hold authorities in contempt of court if they breach environmental standards.

But campaigners fear that the new watchdog could be muzzled, tamed and stripped of funding.

Conservative peer Lord Randall – a green adviser to former prime minister Theresa May – told BBC News that the Treasury appeared to have relaxed its objections to a powerful independent watchdog.

But he said it would still be useful if the new body could fine the government for environmental transgressions.

“I can see it might look silly if one government body fines another, but it would be a very powerful weapon,” he said.

Crucially, policy details of the bill have not yet been released.

But so far, it hasn’t stated what the standards would be, or when they would apply. 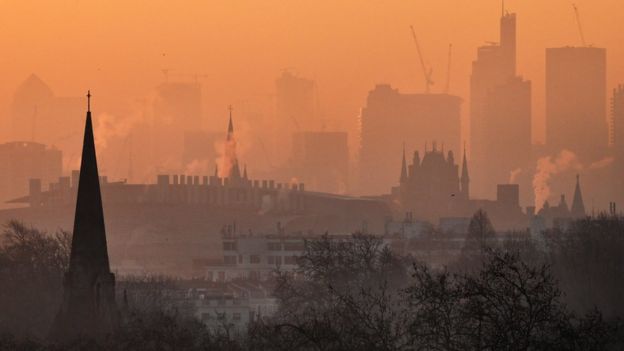 Previously, it was forced to improve nitrogen oxides pollution under the threat of fines from the EU. The new watchdog won’t have the power to issue fines.

Also, it looks as though ministers are preparing to avoid controversial national measures by giving local councils the job of cleaning up the air.

On waste, Mrs May’s government signed up to the EU’s “circular economy” directive, which would see producers pay 80% of the costs for disposing of the packaging that wraps their goods.

Prime Minister Boris Johnson has told the EU that the UK will have separate “ambitious” standards after Brexit. Does that mean the UK will stick to, or exceed, the 80% target?

On plastics, ministers are preparing to introduce charges on single-use plastics, like the plastic bag tax.

Libby Peake, from Greener UK – a coalition of pressure groups – told the BBC: “We have got to be smarter about this.

“People are already turning to glass and aluminium drinks containers, which have more impact on the climate.

“The government needs to take wider action to curb the throwaway society.”

On wildlife, ministers will follow the advice of conservationists and create nature recovery networks across the country.

In the meantime, the government has been slipping away from its legally binding targets on the emissions that are over-heating the climate. 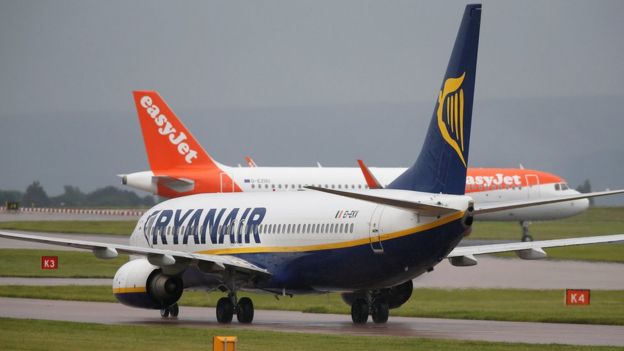 The government will respond later to a rebuke from the Committee on Climate Change (CCC) that they’re not moving fast enough.

The government’s bill makes it clear that the new environmental watchdog will have more power over ministers than the CCC.

The bill refers only to England, but many of its measures are designed to apply across the UK.

Environment Secretary Theresa Villiers said: “Our natural environment is a vital shared resource and the need to act to secure it for generations to come is clear.

“Our landmark Environment Bill leads a green transformation that will help our country to thrive.

“Crucially, it also ensures that after Brexit, environmental ambition and accountability are placed more clearly than ever at the heart of government.”

Joan Edwards from the Wildlife Trusts broadly welcomed the bill’s emphasis on nature recovery, but she raised a host of questions about the green watchdog.

She asked: “Will it be funded with multi-year budgets? Will MPs be able to vet the chairperson of the body? What duty is there on ministers from all departments to set environmental targets? Will the watchdog be fully independent of government?”

Tanya Steele, from the WWF, said: “Public concern for the environment has never been higher as we face a nature and climate emergency.

“Legally binding targets to protect and restore nature at home are welcome, but around the world our forests are burning and wildlife is being wiped out.”

She added that the bill did not address the role the UK is playing in driving the destruction of nature overseas.

“We must also reduce and reverse the UK’s negative impact on nature abroad and remove deforestation from the supply chains of foods we eat and things we buy.”

She called on the government to ensure “the UK won’t fall behind the EU on environmental standards”.